August 2020: Unidentified Flying Update!
We've had some great Pew Pew feedback from you, and it's all bundled into our August update. While you've blasted lots of alien bugs, we've squashed a whole bunch of code bugs, balanced ammunition supplies and give the tutorial and UX some spit and polish.

You'll also need to keep an eye on the sky, now. It's not just invading flying saucers to watch for - loot crates are being dropped into the battlefield, and you'll have to blast 'em open to see if there's a power up, extra ammo, or a stowaway alien ready to chase you down!

All this and more is waiting for you in the August update.

The smash hit mobile game Pew Pew, Stuff Dies blasts its way into VR! This is a funny, apocalyptic arena shooter packed with crazy creatures surrounding you as you defend your quirky, fantastic home.

Your world has has been attacked by monsters from other planets. Defend yourself! As the game progresses, you'll take the fight to these irksome space invaders on strange new worlds and deep space asteroids.

To survive you must be fast. Cover all directions as different waves of creatures including mutant dwarfs, Martians, ogres, octopuses and more try to surround you.

Arm yourself in both hands, John Woo style, with different weapons including a knife, revolver, laser guns and a whole host of futuristic firearms. Don’t forget to reload and collect ammo from the smoldering bodies of your vanquished  enemies if you want to compete against your friends in the rankings.

Join us on the Things3D Discord to send feedback and talk about the game: https://discord.gg/WXdsvNb 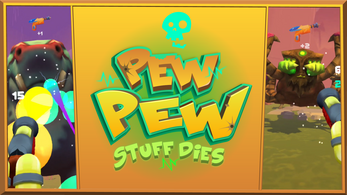 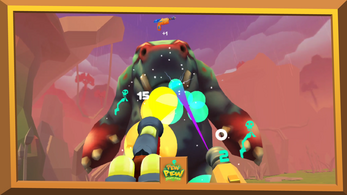 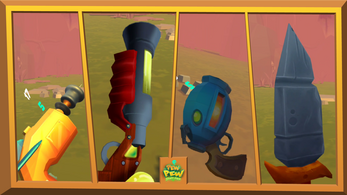 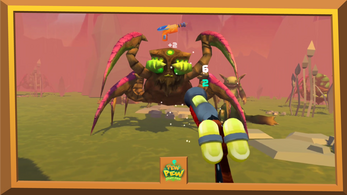 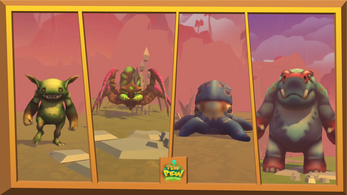 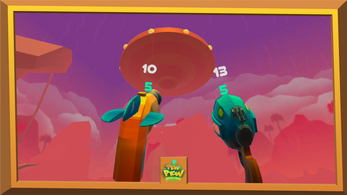