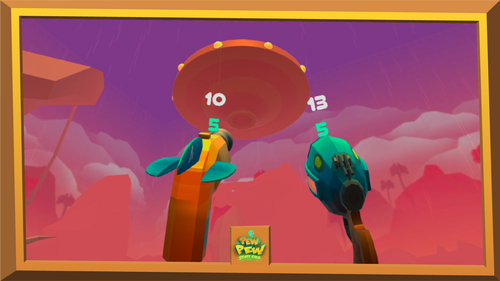 We've had some great Pew Pew feedback from you, and it's all bundled into our August update. While you've blasted lots of alien bugs, we've squashed a whole bunch of code bugs, balanced ammunition supplies and give the tutorial and UX some spit and polish.

You'll also need to keep an eye on the sky, now. It's not just invading flying saucers to watch for - loot crates are being dropped into the battlefield, and you'll have to blast 'em open to see if there's a power up, extra ammo, or a stowaway alien ready to chase you down!

All this and more is waiting for you in the August update.

Defend earth from crazy invaders in this funny, apocalyptic shooter.